The firm was formed in 1989 by a group of seasoned trial attorneys. Since that time, we have represented clients in various areas of civil litigation. Our team has handled thousands of cases and litigated over four hundred jury trials to verdict, earning an AV-rating,* A.M. Best’s Directory, and U.S. News & World Report Tier One rating in the area of Personal Injury Litigation Defense. The firm practices in all Delaware State Courts and Federal Courts for Delaware and the Third Circuit Court of Appeals.

They have also performed educational services by serving on the Bifferato Trial Practice Seminar Committee, planning and presenting at seminars to educate young attorneys and presenting at the New Lawyers Seminar. The firm’s attorneys have served as President of the Defense Counsel of Delaware, members of the Rodney Inn of Court, and as a Hearing Judge for the Department of Insurance. They have also participated in Leadership Delaware. They have coached Mock Trial teams, served as Adjunct Professor for Trial Advocacy and have won the Pete Jones award for years of volunteer judging of the State’s High School Mock Trial Competition.

The firm also has a strong commitment to the community and participates in various community service endeavors, including the Delaware Institute for the Arts in Education, the Down Syndrome Association of Delaware, Special Olympics of Delaware, and Faithful Friends.

For several years, our attorneys have handled some of the most important insurance related cases before the Delaware Supreme Court.

The seeds for the Casarino Christman & Shalk law firm were sown in July of 1967 when former Army Captain Steve Casarino joined the Wilmington City Solicitor’s office and several years later went into private practice. He was joined in 1978 by former Air Force Sergeant and Medic, Colin Shalk, who had clerked for then Superior Court Judge Andrew Christie, who later became the Delaware Supreme Court Chief Justice. Steve and Colin were joined in 1982, by Beth Christman, the daughter of missionaries.

The firm was started with law books secured from a retiring attorney and transported by hand from one office to another. As was usual at the time, the technology consisted of typewriters, dictating equipment, stand-alone computers, and walk-in access to the New Castle County law library.

When a number of loyal clients followed them, it became clear within a month that the three of them could not handle the volume of work, so the firm hired Donald Ransom, whose name was eventually added to the name of the firm, along with that of Ken Doss, as they were an integral part of the firm’s success. Ken Doss had been hired as a law clerk by Beth Christman at a previous firm shortly before the new firm was formed. The following year, he was hired by this firm as an Associate.

By 1990, the core group of Casarino Christman Shalk Ransom & Doss was in place. In the years that followed, the firm employed a number of attorneys and at one time the female attorneys outnumbered the male attorneys, which was unusual at the time.

Steve’s personality set the tone of the firm from the start. One of Steve’s favorite sayings was “You worry too much.” He thoroughly enjoyed his many years of trial work, doing what he had wanted to do since he was a child. He has a rare ability to connect with a jury and make anything sound interesting. Steve has the unique distinction of having tried more than 200 cases in front of jury with enthusiasm and singular effort each time. His gracious wife, Betsy, also contributed many years to the firm as its calm and optimistic office manager.

Colin’s formative years in Philadelphia, Newark and his service in Japan resulted in many colorful stories, some of which are actually true. His ability to write humorous and unusual letters has entertained many clients. He and Beth have competed as to whom has the larger vocabulary. Colin loves a good quote, an unusual obituary and an odd sign. He has a joke to illustrate any point, to include the venerable “Cat is in the Tree” story.

Colin is known for his “outside the box” thought process. He has tried more than 100 cases in front of a jury, using a wry sense of humor and love of baseball to illustrate his arguments. Clients send him unusual cases which require his attention to detail and ability to orchestrate a complex case from beginning to end.

Beth began her life in the Netherlands, followed by time in Canada, ten years in India and some time in the Midwest and Washington, D.C., before landing in Delaware. While Beth has embraced trial work and the practice of law, she managed the firm for twenty five years, during which time, to her partners’ chagrin, she found a love of numbers and spreadsheets and continually evolving computer systems. Beth has tried more than 50 cases in front of a jury. She values her relationships with clients who are going through a stressful experience by providing them with good results.

The additions of excellent trial attorneys Don Ransom, Ken Doss, Tom Leff, and Matt O’Byrne as directors has enhanced the firm’s reputation and culture. Don makes fine furniture and spends time with his talented family. Ken has been involved in sports such as rugby, mountain biking and running, which has led to some interesting and unusual injuries. Tom is a former professor of English and Theater, who is artistic, supports art education in Delaware and has drafted the pattern jury instructions for the Superior Court. Matt’s offbeat sense of humor, legendary practical jokes and positive manner led him to take over as Managing Director of the firm in 2015.

Providing quality representation to our clients has been the foundation and ongoing motivation for the firm. The emphasis on collegiality, family and fun that started the firm has remained a mainstay. 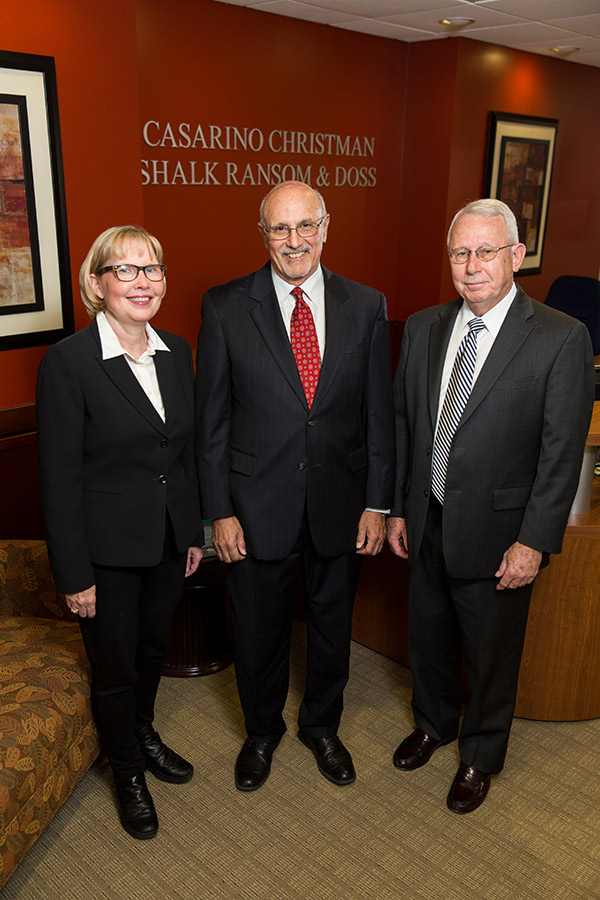 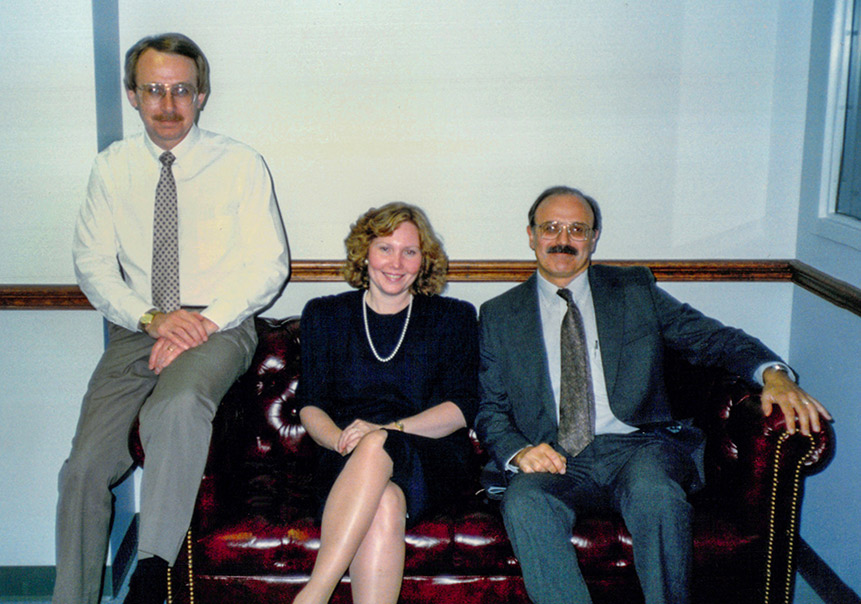 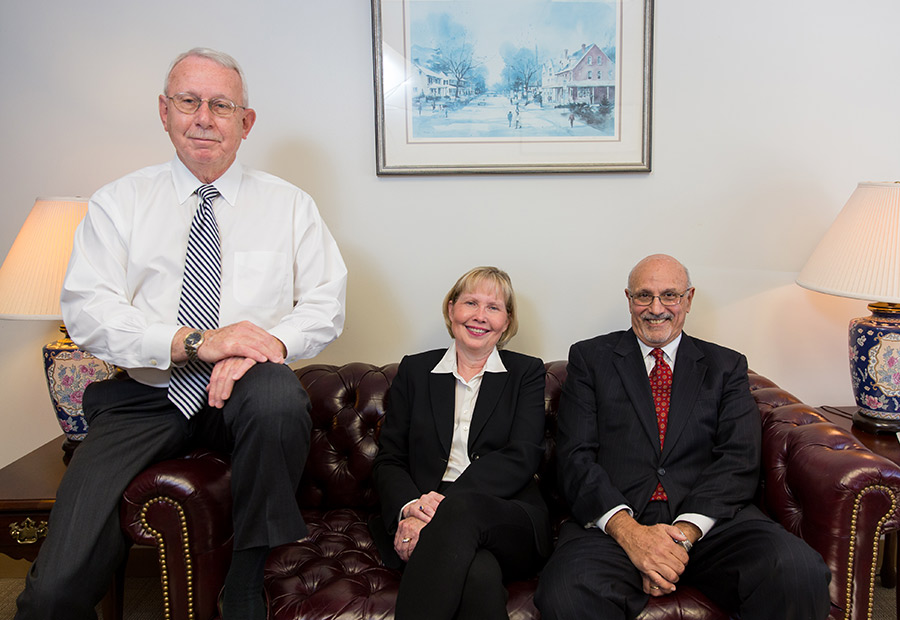